Thank you for checking out today’s post on the HUNTING PRINCE DRACULA blog tour hosted by the Knights of Whitechapel. I’m super excited to share my novel aesthetics collage with you! Make sure to enter the International giveaway at the end of the post.

Synopsis: In this hotly anticipated sequel to the haunting #1 bestseller Stalking Jack the Ripper, bizarre murders are discovered in the castle of Prince Vlad the Impaler, otherwise known as Dracula. Could it be a copycat killer…or has the depraved prince been brought back to life?

Following the grief and horror of her discovery of Jack the Ripper’s true identity, Audrey Rose Wadsworth has no choice but to flee London and its memories. Together with the arrogant yet charming Thomas Cresswell, she journeys to the dark heart of Romania, home to one of Europe’s best schools of forensic medicine…and to another notorious killer, Vlad the Impaler, whose thirst for blood became legend.

But her life’s dream is soon tainted by blood-soaked discoveries in the halls of the school’s forbidding castle, and Audrey Rose is compelled to investigate the strangely familiar murders. What she finds brings all her terrifying fears to life once again. 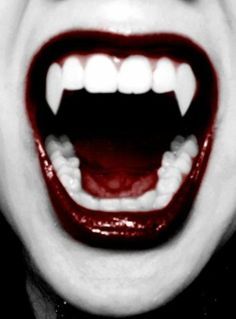 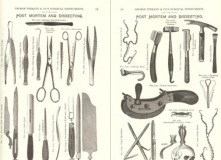 If you enjoyed this one, be sure to check out the aesthetics post I created for STALKING JACK THE RIPPER 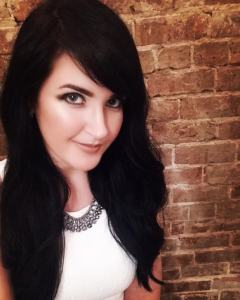 About the Author
KERRI MANISCALCO

Kerri Maniscalco grew up in a semi-haunted house outside NYC where her fascination with gothic settings began. In her spare time she reads everything she can get her hands on, cooks all kinds of food with her family and friends, and drinks entirely too much tea while discussing life’s finer points with her cats.

Her first novel in this series, Stalking Jack the Ripper, debuted at #1 on the New York Times bestseller list. It incorporates her love of forensic science and unsolved history.

August 25th ~ 21st Century Once Upon A Times: A “Drink Your way through SJTR: Tea Edition”

September 18th ~ Rattle the Pages : A Glimpse Back in Time: Vlad The Impaler edition

September 19th ~ Beyond the Book Reviews: Character Wears of the 21st Century

September 20th ~ The Heart of a Book Blogger : Hunting Prince Dracula Mood Board